Ginger (Zingiber officinale) is surprisingly the most widely used in medicinal properties and dietary condiment in the world today. It’s really part of the plant family that contains turmeric, which may describe the health benefits of ginger are so amazing.

The Chinese and Indians have used ginger tonics to treat illnesses, and it was invaluable product during the Roman Empire trade around the coming of Christ because of its medicinal properties.

In one word: Gingerol

Of the 115 different chemical constituents found in ginger root, the therapeutic benefits come from gingerols, the oily resin from the origin that acts as a highly potent antioxidant and anti-inflammatory agent. These ingredients, especially [6]-gingerol, have been thoroughly evaluated clinically, and the research backs up why you should use ginger on a regular basis. 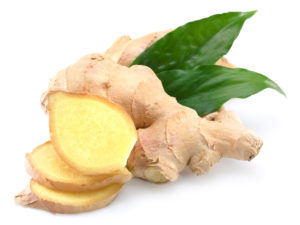 Two of the biggest killers on the planet may be kept at bay with regular ginger use, especially when eaten with other important superfoods. Garlic, ginger and onions all have an anti-blood-clotting ability, yet when they’re eaten together they’re a powerful mainstay against heart attacks and stroke!

Whether we’re talking about curing a simple tummy ache or severe morning sickness, ginger used for effective digestive aid and natural remedy for nausea. Recently, ginger can actually help the stomach release its contents into the small intestines in people.

This is one reason why medicinal properties ginger helps people who are bloated, constipated and have other gastrointestinal disorders. It relaxes the smooth muscle in your gut lining and helps food move along throughout the system. 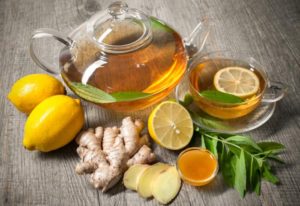 Proper food transport (and nutrient absorption) from the mouth out through your colon is the mainstay to health. Improper digestion can also cause improper assimilation of the nutrients in your food. Either way, both cause malabsorption, and your body suffers from nutrient deficiencies. This is why ginger is so important. Like we’ve seen above, it helps promote regular digestion and metabolism of your food and is largely responsible for promoting a strong immune system.

Ayurvedic medicine has praised ginger’s ability to boost the immune system before recorded history. ginger is so effective at warming the body, it can help break down the growth of toxins in your organs.

Ginger prevents the accumulation of the toxins that make you susceptible to infections, especially in the respiratory system.” Combining ginger oil and herb oil is an effective remedy to boost immunity and improve breathing.

How effective ginger is in enhancing immune function. Comparing the ability of ginger to kill antibiotics, Nigerian researchers discovered that the natural solution won every time!

The drugs — chloramphenicol, ampicillin and tetracycline — just couldn’t stand up to the antibacterial prowess of the ginger extract. This is important because these two bacteria are extremely common in hospitals and cause complications. 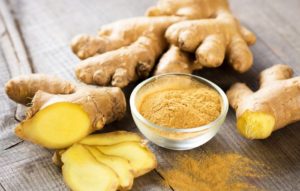 Key takeaway: If you ever need to go to the hospital for surgery or to visit a friend, make sure you bring some ginger essential oil with you and add a couple drops to your water. You’re less likely to get a dangerous staph infection, and it can help speed the healing process! Other healing remedies that are effective against infections include oregano oil, clove oil and melaleuca oil.

One of the trickier issues to control because they’re increasingly resistant to conventional medicine, fungal infections don’t stand a chance against ginger. Of the 29 plant species evaluated in a Carleton University study, ginger won the prize for having the extract most effective at killing fungus.

For a powerful antifungal punch, mix several drops of pure ginger essential oil with tea tree oil with one teaspoon of coconut oil, and apply up to three times a day

Since the 1980s, researchers have known that ginger can cure stomach ulcers. More recently, Indian scientists have been able to more closely quantify this medicinal properties. In Food Research, they discovered the ginger was six to eight times more potent than Prevacid, the drug of choice to treat GERD!

Ginger has been used as a medicinal properties around the world for more than 2,000 years. Indigenous to Asia, this spice was used by the ancient Chinese to aid upset stomach, nausea, vomiting and diarrhea. Fresh ginger can also be used to treat headaches, arthritis and other pains. 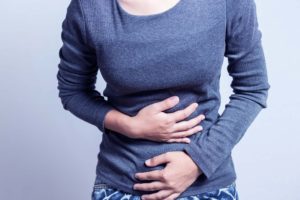 Working with mice without immune systems, discovered that three weekly feedings of [6]-gingerol delayed the growth of cancer cells. Researchers confirmed these results with ovarian cancer. In fact, they found that “Ginger treatment of cultured cancer cells induced profound growth inhibition in all cell lines tested.”