It is understand to be the most potent and effective nerve and brain tonic in Ayurvedic medicine. It has been traditionally used to treat mental health concerns, mood issues, and support memory, focus, and cognition functions. 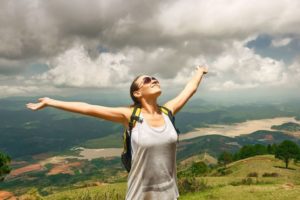 Bacopa monnieri plant is an ayurvedic herb which is used in memory enhancement. Ayurvedic medicine has touted its cognitive enhancing effects for centuries. Studies show that it has strong antioxidant properties, protects mental function in drug phenytoin, while a study with rats showed administration improves learning skills.

Bacopa monnieri showed improvement in certain mental functions compared to a group. The tests that tested attention and the ability to learn auditory verbal information showed the most improvement, leading the researchers to conclude that the herb might be used to reduce natural cognitive decline in aging populations. 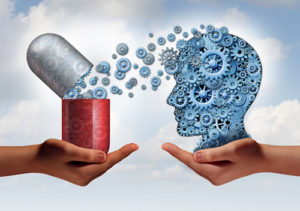 Among the major benefits of Bacopa monnieri on the brain are its effects on energy, focus and mood concerns. Research has indicated that supplementation of brahmi affects various neurotransmitters in the brain. These neurotransmitters are responsible for the mood concerns of a person, so the effects help to stabilize the individual’s mood. Also, there have been positive findings when Bacopa monnieri’s effectiveness was tested in supporting spatial memory.

Ability to manage stress is the sign of a healthy brain. Along with the improvement of the cognitive function of the brain. One of the reasons for this is decreased heart rates over time, not allowing the body to be over excited. Not only are users of Brahmi less affected by stress, users of this supplement were also better able to cope with stress. 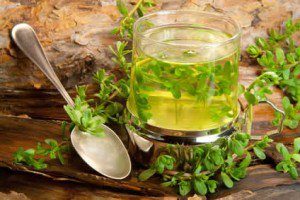 Stress can impact and irritate the mucus membrane lining of the gut. The result is intestinal dryness, constipation, or an excess production of reactive mucus that will compromise the function of the intestinal villi to both assimilate nutrition and detoxify. Bacopa is one of the herbs I use to help sever that relationship between emotional stress and the gut, and support healthy functioning of the digestive tract.

Probably the best indicator of how we deal with stress is how we breathe. When feel stressed and breathing body becomes rapid and shallow. This stress response over time can cause irritation of the respiratory tract. Bacopa also supports the relaxation of the blood vessel muscles around the respiratory airway passages.

The herb’s antioxidant compounds also work on the brain to protect neurons including neural oxidative stress associated with Alzheimer’s disease. This herb also helps to stimulate brain’s own chemicals. Because this herb helps to tackle problems related to memory and cognitive function, this herb is thought to be effective in the treatment of Alzheimer’s.

This disease hampers a person’s ability to produce adequate amount of dopamine in the brain. In other words, this disease effects a person’s happiness and general excitement in life since dopamine is the chemical directly associated with happiness. A few researchers have shown that brahmi can prevent degeneration of neuron. however, there hasn’t been concrete evidence to yet support this claim.

Bacopa monnieri is an amazing herb and it’s been one of the reasons for conventional modern medicines and Ayurvedic wisdom to work together. However, you can’t simply rely on this herb to take care of your brain. It’s merely a nutritional support, and there hasn’t been any concrete evidence to show that brahmi can treat/cure anything.